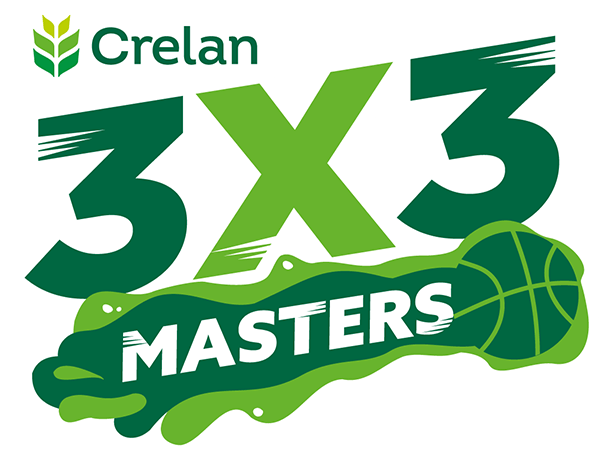 IMPORTANT: the oldest player determines the age category of the team!

Fair play & respect are the two most important rules: respect your opponent, the referee, the organization and the environment.
Every team and player that enters the 3X3 Masters, agrees with these rules.
Every player has to show a legitimate identification (ID) to be able to play.

Every team that wants to participate in the 3×3 Masters Tournaments, has to sign up online in advance and register at the tournament. A team can sign up by filling in the online form on www.3X3masters.be.

IMPORTANT: each tournament is limited to 60 teams. We encourage teams to sign up in advance to avoid having too many teams at the tournament.

Both in pools and in overall competition standings, the following classification rules apply. If teams are tied after the first step, refer to the next one – and so on.

Bracket system: Every category will be divided in min. 2 series/pools if possible. The top 4/8 teams in each category will play a Final Four/Eight Knock-Out.

The game officials shall consist of 1 or 2 referees and time/score keepers.

Beginning of the Game

Playing time/Winner of a Game

The regular playing time shall be as follows: 1 period of 10 minutes playing time. The clock will not be stopped in any case until the final 2 minutes of the game. In the last 2 minutes, the clock will be stopped during dead ball situations and free throws. The clock shall be restarted after the exchange of the ball is completed (as soon as it is in the offensive team’s hands) or with a rebound after a free throw.

If the score is tied at the end of the regular playing time, an extra period of time will be played. The first team to score 2 points in this overtime wins the game.

A team shall lose the game by forfeit if at the scheduled starting time the team is not present on the playing court with min. 3 players ready to play. In case of a forfeit, the game score is marked with w-0 or 0-w (“w” standing for win).

A team shall lose by default if it leaves the court before the end of the game or all the players of the team are injured and/or disqualified. In case of a default situation, the winning team can choose to keep its score or have the game forfeited, whilst the defaulting team’s score is set to 0 in any case.

This clause is applied also to fouls during the act of shooting and overrules previous articles.

Note: no free throws shall be awarded after an offensive foul.

How the Ball is played

Following each successful field goal or last free throw (except those followed by ball possession):

Following each unsuccessful field goal or last free throw (except those followed by ball possession):

Stalling or failing to play actively (i.e. not attempting to score) shall be a violation.

If the court is equipped with a shot clock, a team must attempt a shot within 12 seconds. The clock shall start as soon as the ball is in the offensive players’ hands (following the exchange with the defensive player or after a successful field goal underneath the basket).

Note: If the court is not equipped with a shot clock and a team is not sufficiently trying to attack the basket, the referee shall give them a warning by counting the last 5 seconds.

Substitutions can be done by any team when the ball becomes dead, prior to the check-ball or free throw. The substitute can enter the game after his teammate steps off the court and establishes a physical contact with him.

Substitutions can only take place behind the end line opposite the basket and substitutions require no action from the referees or table officials.

One 30-second time-out is granted to each team. A player can call the time-out in a dead ball situation. The game clock shall keep running during time-out, unless the time-out takes place in the final 2 minutes of the game.

In case a team believes its interests have been adversely affected by a decision of an official or by any event that took place during a game, it must proceed in the following manner:

A player committing two unsportsmanlike or technical fouls can be disqualified from the game by the referees. Independent thereof, the organizer will disqualify the player(s) concerned from the event for acts of violence, verbal or physical aggression, tortuous interference in game results, a violation of FIBA’s Anti-Doping rules (Book 4 of the FIBA Internal Regulations) or any other breach of the FIBA Code of Ethics (Book 1, Chapter II of the FIBA Internal Regulations). The organizer may also disqualify the entire team from the event depending on the other team members’ contribution (also through non-action) to the aforementioned behavior. Disqualified teams and players will not be allowed to play at the Crelan 3×3 Masters Final.

STAY UP TO DATE